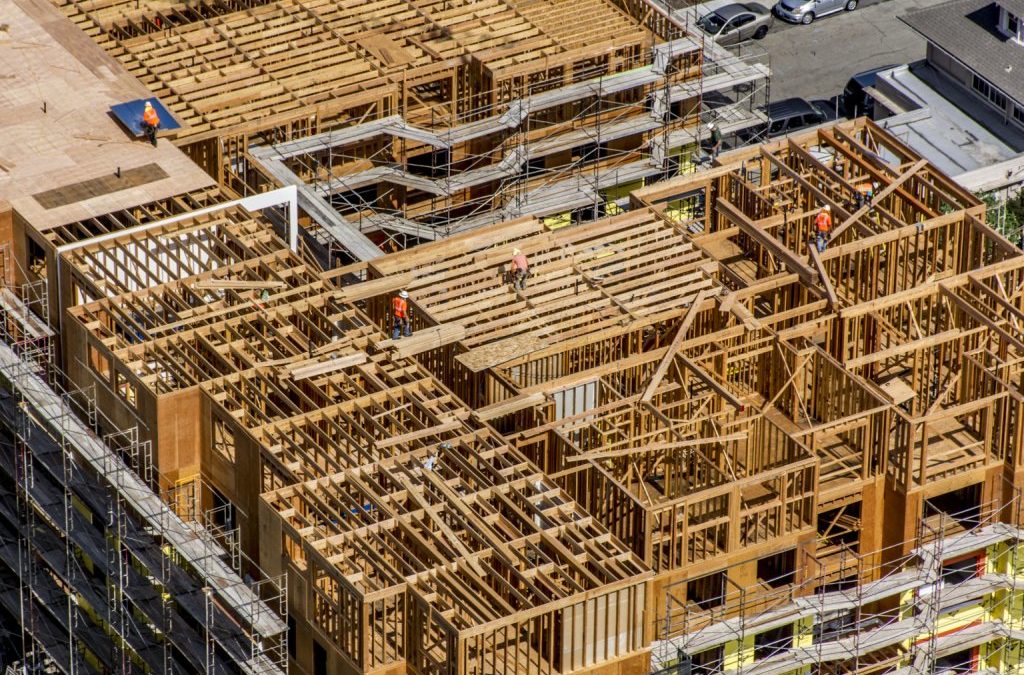 In part 1 in our review of the Top 10 retail brands for 2022, we shared that retail was one of the hardest hit sectors given the challenges presented by the COVID-19 pandemic. In fact, the challenges changed commerce as we know it. Many retailers closed their doors forever, while some developed new and effective business strategies. In the first part, we discussed Placer.ai’s white paper that broke down expanding retail brands to watch in 2022, and specifically analyzed Raising Cane’s, Dutch Bros. Coffee, Gopuff, Blink Fitness, and Warby Parker. In this second installment, we will dive into the success of Allbirds, Arhaus, P0pshelf, Burlington, and Sephora inside Kohls.

Similar to Warby Parker, Allbirds originated as a DTC digitally native brand and has successfully transitioned into an omnichannel retailer. The company opened its first brick and mortar store in 2017 and now operates over twenty U.S. locations across the country. The brand is projecting an expansion rate of 10-15 stores a year over the next couple of years and plans to grow its store fleet to “hundreds of potential locations in the future.”

It should be noted that pandemic-related supply chain challenges have created an inventory challenge for the athletic footwear sector as a whole this year, and so the retail footwear industry’s gross margin rates will likely increase in 2022 as many of these challenges get resolved. Looking beyond this year, Allbirds will likely be able to raise its average selling price and margin rates even further, as Nike, Adidas, and other larger brands drive an industry trend towards higher-quality revenue – which should allow Allbirds to scale into an incredibly favorable industry backdrop.

Arhaus is an American retail chain that designs and sells home furnishings online and through its retail stores and catalogs. This year is setting up to be another strong year for home furnishing and home improvement retailers, driven by several traditional factors such as home price appreciation/wealth effect, aging housing stock, strong consumer balance sheets, and low mortgage rates. Several “non-traditional” variables will play a role in its acceptance as a retail brand, such as increased housing wear and tear due to remote work, increased demand for vacation homes, accelerated millennial household formation, and baby boomers electing to “age in place.”

Arhaus currently operates over 70 stores, and is targeting opening between five and seven new showrooms per year for the foreseeable future. It has ten showrooms already in the pipeline and an ultimate target of 165+ locations across the country.

pOpshelf is Dollar General’s new format targeted to younger, wealthier, more suburban shoppers. The concept seems to be working, as Dollar General has announced its plans to open around 1,000 pOpshelf stores by the end of 2025 – a significant leap from the 36 locations open in early December 2021. The pOpshelf expansion will begin in 2022 with the addition of 100 stand-alone new stores, as well as dozens store-within-store formats that will operate out of existing Dollar General locations.

The new brand aims to engage customers by offering a fun, affordable and differentiated treasure hunt experience delivered through continually refreshed merchandise and exceptional value, with the vast majority of items priced under $5. The gross margin rate at pOpshelf stores is around 40% – eight points higher than Dollar General’s. 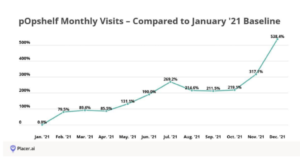 Burlington has been doing quite well for the past couple of years, and the company is now ramping up its expansion with its Burlington 2.0 initiative. While Burlington opened roughly 45 stores a year (net of closures) between 2018-2020, the company intends to open around 120 new stores in 2022, and between 130-150 new stores annually starting in 2023. It expects to close or relocate roughly 30 locations a year – which would create an expansion of about 60% or more over the next five years.

In 2019, the average Burlington store size measured 47,000 square feet, but the brand has been testing out a small store prototype, at 25,000 square feet. This is envisioned to increase the pool of potential real estate sites for new stores and relocations, and allow the company to operate with leaner in-store inventory. The new store prototypes are expected to produce over $300-per-square-foot on a gross square foot basis and $40-per-square-foot on a selling-square-foot basis, which is more than twice the current $150-square-foot average for Burlington legacy stores.

The Sephora-Kohl’s partnership included a full remodel of the beauty section at select Kohl’s by creating 2,500+-square-foot Sephora shops-in-shops that offer “a fully-immersive, prestige beauty experience.” The brand concept had 200 locations opened by fall 2021 and is expanding to at least 850 Kohl’s stores by 2023. This partnership was part of a larger initiative to attract new and younger customers by catering to their specific interests, including through launching a private label athleisure line, establishing new partnerships with popular brands and launching exclusive collections with established brands such as Adidas to draw in trendier shoppers.

Critically, this sales lift comes from new customers (25%) who are younger and more diverse, with about half of the Sephora shoppers also buying in other parts of the store. An additional 400 Sephora at Kohl’s are planned for late spring 2022, and an additional 250 will open in 2023 – which should position Kohl’s for even more growth in the coming years.

Placer.ai’s Top 10 Retail Brands to Watch in 2022 white paper allowed us to learn from retail’s biggest leaders. Despite facing a variety of COVID-19 related challenges, these 10 companies found unique ways to thrive and expand. We hope this detailed report on the top 10 retail brands to watch provided useful insight that will help our readers become better investors.