The Life Of Martin Luther King Jr., As Told Through Real Estate 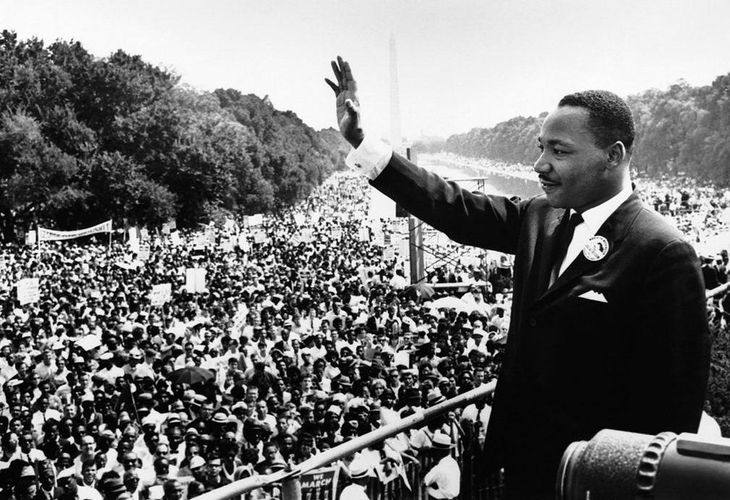 50 years following his death, the country still celebrates Martin Luther King Jr.’s heroism and his push to improve the lives of African-Americans without invoking violence. This is Bisnow’s look at the life of the revered preacher and social activist, as told through the prism of commercial real estate. 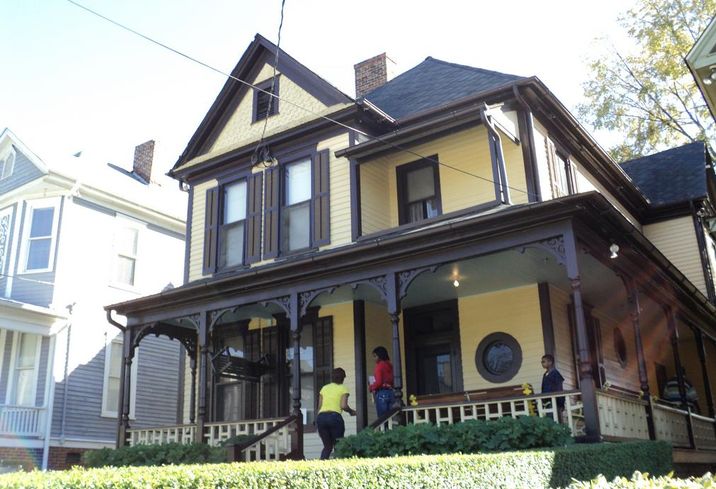 Born Jan. 15, 1929, to parents Michael King Sr. and Alberta Williams King, his birth name was Michael King Jr. He was raised in the Auburn Avenue community in Atlanta, in a frame house at 501 Auburn Ave., and his home housed five people, including his grandparents. King lived there until he was 12. 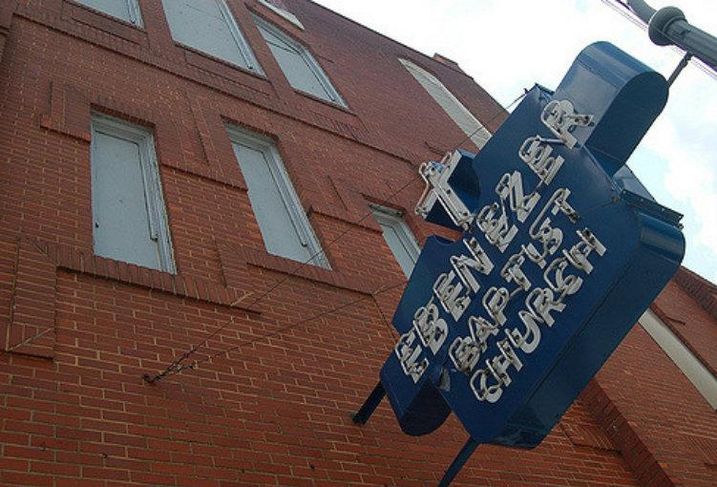 King spent much of his time, both in his childhood years and as an adult, at Ebenezer Baptist Church at 101 Jackson St. in Atlanta. King’s father pastored the church before him. Ebenezer was not the only church King pastored. He also served as pastor at Dexter Avenue Baptist Church in Montgomery, Alabama. By 1960, he began to co-pastor Ebenezer alongside his father. The church is still operational today. 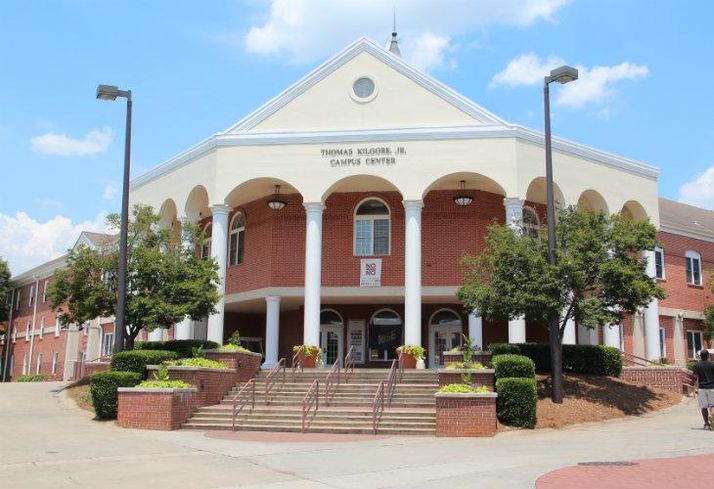 King was deemed a “precocious student,” so much so that he skipped his final two years at Booker T. Washington High School and immediately entered Morehouse College, a renowned all-male historically black college in Atlanta, at the age of 15. King received a degree in sociology from Morehouse before heading to Crozer Theological Seminary in Chester, Pennsylvania, where he graduated as valedictorian in 1951. By 1955, he had earned a doctorate from Boston University.
Family, Race Relations And House Bombing In Montgomery 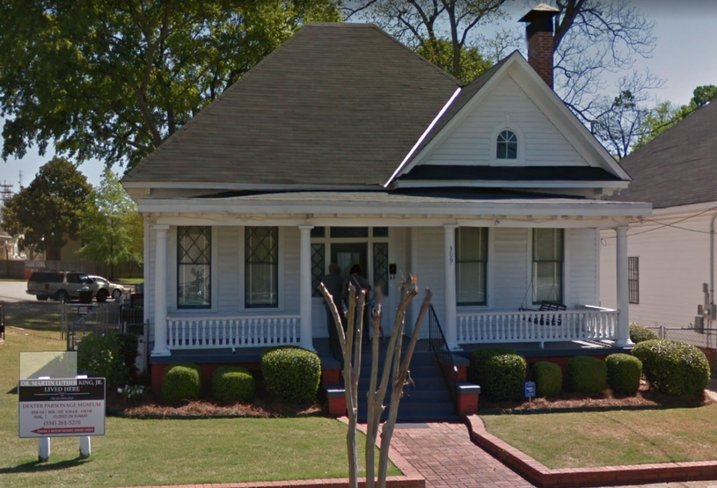 While studying for his doctorate at Boston University, King met his future wife, Coretta Scott. The two married in 1953 and soon headed to Montgomery, where King pastored Dexter Avenue Baptist Church. It was here that King became very heavily involved in race relations and the civil rights movement, joining the National Association for the Advancement of Colored People and eventually spearheading the yearlong Montgomery Bus Boycott in December 1955 after Rosa Parks was arrested for refusing to give up her seat for a white person.

Three years into his marriage to Coretta, their home at 309 South Jackson St. in Montgomery, Alabama, was bombed by segregationists at midnight in response to the Montgomery Bus Boycott, to which King responded, “My intimidations are a small price to pay if victory can be won.” 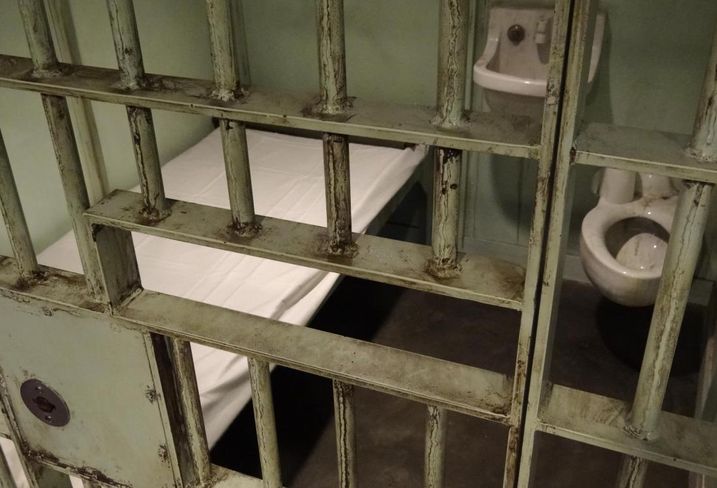 King’s platform was propelled into the national spotlight as a result of the boycott, and soon he was using his national perch to lead protests and host motivational talks across the country.

In April 1963, King was arrested alongside 50 protesters and civil rights leaders protesting the treatment of African-Americans in Birmingham, Alabama. This was King’s 13th arrest and one of his most memorable, as it resulted in the drafting of a 7,000-word letter written from behind prison bars where King criticized the nation’s religious leaders not active in the fight for equality on their lack of action. Eleven days later, on April 20, King was released from jail. But his words would live on 50 years later. 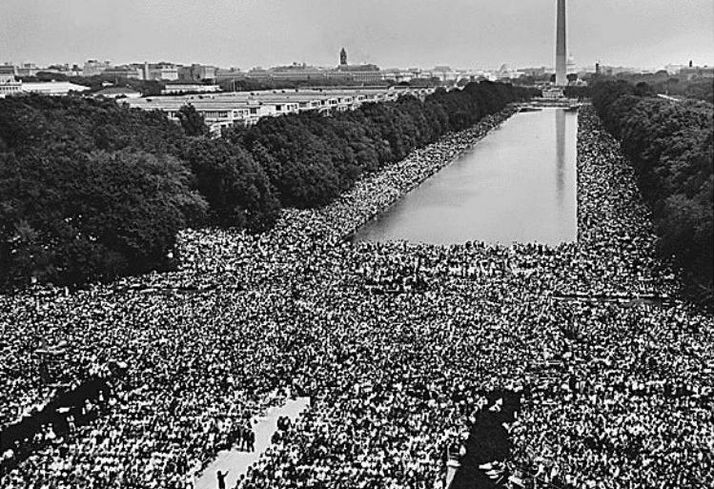 One of the social activist’s most memorable moments is his March On Washington peaceful protest at the Lincoln Memorial on Aug. 28, 1963. More than 250,000 people from all over the country were in attendance, and King delivered his famous “I Have A Dream” speech on the memorial steps. To this day, the March on Washington is recognized as one of the largest demonstrations for freedom in the nation’s history.
Lorraine Motel 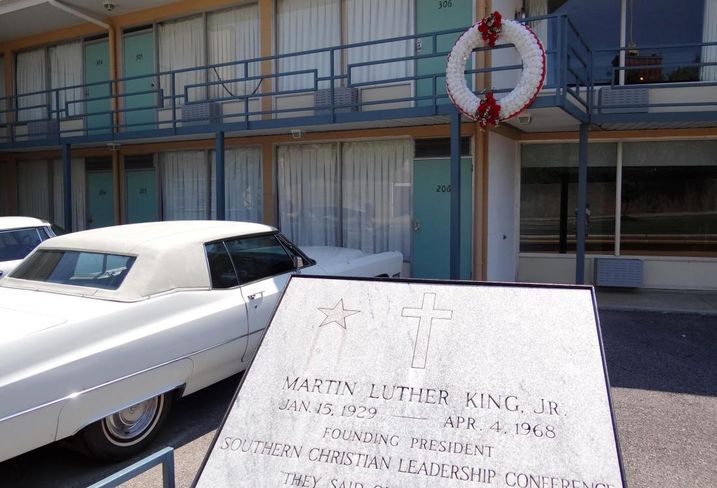 While in Memphis, Tennessee, in April 1968 continuing his demonstrations, King was assassinated while on the balcony of the Lorraine Motel. The shooter, James Earl Ray, shot and killed King on April 4, 1968, sparking race riots and protests across the country that left many African-American neighborhoods in a state of chaos and unrest. King’s involvement in the civil rights movement was key in establishing the creation of the Civil Rights Act of 1963 and the Voting Rights Act of 1964.
Courtesy of Bisnow, Written by Champaign Williams